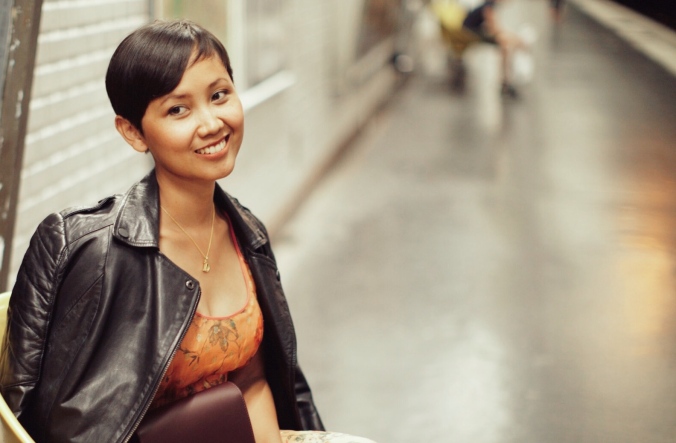 When I’m hurt, my typical initial reaction will be to call a friend avoid people. I would even leave my habitat and start over, meeting new people until I’m hurt again. There is a reason for this, at least. There is something about pain that makes you crave for it. You see, for me, like love, pain is a life’s gift. you get hurt, you want to feel the pain, to celebrate it. Sometimes you do it by hurting yourself. But, unlike love, pain is not limited substance – it grows. Sometimes it’s not enough to hurt yourself, you hurt another person because you cannot contain the over-growing pain within yourself. I seemed to understand this mechanism hence i kept running away.

When I’m hurt, my typical initial reaction will be to call a friend avoid people. It hasn’t always been the case, of course. Like average kids, I relied on my parents or, because they were hardly around, bigger people around me. But if you were punished for knocking on your parents’ door because you had a bad dream every single night, or if you were laughed at when you told your grown up cousins that one of your grown up half brothers put his finger in your vagina, regularly, you would have to think about other strategies – wouldn’t you?

So I invented this crying and rolling on the floor every morning my mother left the house for work because I couldn’t explain my complicated fear about being left in the world for half a day without her protection. If my father was out of town, my half brother might molest me. If my father was home, he himself might, in between praying and praising god, pour hot wax all over my palms or rub open chilli all over my lips for doing or saying something wrong. is it hard to believe? I mean, would a man as socially charming as my father do that to her own little daughter? Exactly why I just cried. But this is not an excuse for treating me like a crazy person every time we have a fight in an equal relationship in my grown up life. Being hurt doesn’t equal being crazy.

My mother would still be able to hear my voice a mile away from home, so would the neighbours. She would run back home to tell me to be quiet because there was no other way for our family to survive except for her to go to her restaurant and work her life off. My dearest mama, she didn’t even have time to pray. when she got back to the door, I would run away inside the house and stopped crying for fear of being yelled at. So she left again and I started my scene again, until I fell asleep on the floor.

Just like french black comedy, it was exhausting both for the actor and the audience. But it was survival, until i came across falling in love. Love was amazing until I realised I couldn’t express it. If you were told everyday that you were just the opposite of your pretty, bright-skinned, shiny black-haired, clever, moral sister, you wouldn’t think no one would reject you – would you?

It wasn’t like I was always attracted to good boys either, not at all. Most of the time I was attracted to bad boys, the law benders – my kind of prince, my path to freedom. I broke the rules too at school, and I would pay different becak drivers to meet my counselling teachers as my different responsible uncles and listen to what kind of trouble I was. i was clever too, it’s just I was naughty. My high school class teacher said once that the only reason she kept defending me in teachers meetings was because I was very useful for Indonesian and english classes, I was the only one who read .

I would fall in love with bad boys, but bad boys only like good girls. So I just kept rubbing the bleeding knees of my heart and watched my best friends date them one by one throughout my teenage life. This wasn’t a reason you could treat me like a crazy person later on either, because this was what made me a published young poet. 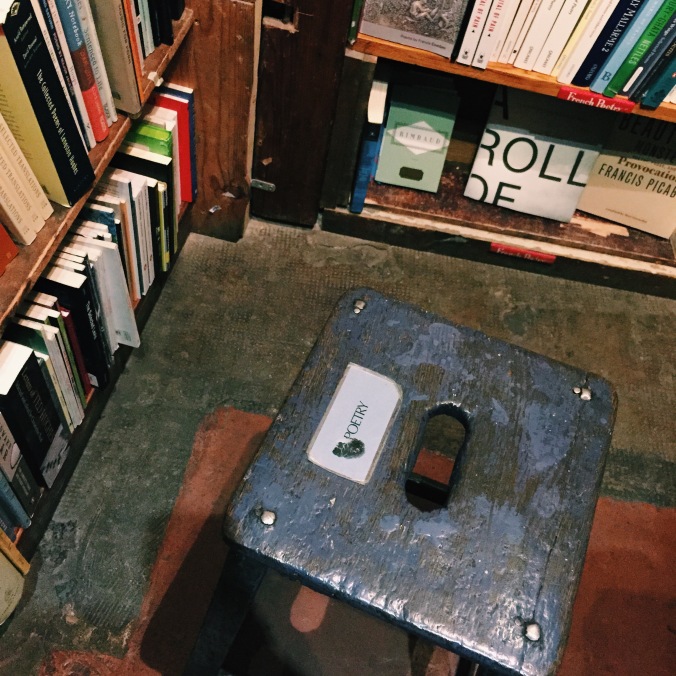 I heard that when a woman gives birth to a daughter, she sees her own death. bit by bit her beauty will fade and her daughter becomes more and more beautiful. Unfortunately for me, my mother’s daughter was my elder sister – the star of the show, until she died young. So I seemed to gain more beauty afterwards, but the only way I knew how to use it was to attract pain. Just like Umberto Eco’s rose: siendo hermosa, también serás desdichada – being fair, you will be unhappy too. By then, I couldn’t cry and roll on the floor whenever I was afraid of being left alone in the world anymore because I gathered not everyone was as super-powered as my mother, so I invented sobbing in a corner in the dark, or in the rain.

Crying for love, eh? Just like what every girl dreamt about. I had to flea one love for another, because some people bring out the worst in you and some others bring out the best in you but they can’t love you for what you are anyway. Love is limited substance; when you love someone new, you have to take the love away from someone old. But pain is growing and flowing substance; when someone new hurts you, the pain from someone old doesn’t go away.

In one of my most recent relationships, someone brought out the worst in me, including crying and rolling on the floor. it was rather weird because i was already past 5 feet by then. Even weirder than that: the fear came from him. So how could I beg for protection from the person who kept hurting me? When you spend long enough time with one person, it doesn’t mean the pain they’ve ever caused you in the past disappear, and it has nothing to do with forgiveness, because that would also imply that the other person asked for it.

As I said, pain is a life’s gift. I got hurt; I wanted to feel the pain, to celebrate it. Sometimes I did it by hurting myself. And pain is not limited substance – it grows. Sometimes it’s not enough to hurt yourself, you hurt another person because you cannot contain the over-growing pain within yourself. I seemed to understand this mechanism hence I kept running away. When I’m hurt and people, especially the hurter, force to enter my pain factory, they usually get hurt. They might, like one of them did, tell people I’m a sociopath (don’t look it up, just watch Sherlock) because they couldn’t explain their failure in maintaining a relationship with me, or their failure in facing life away from me and keeping their sanity at the same time.

The problem with people like myself is that it is difficult for us to believe that someone can claim to love us the most and slut-shame or mental-shame us whenever it suits them. It’s a rare disease, isn’t it – not to believe such paradox exists? We either end up not believing that this person loves us, let alone the most, or that they have ever shamed us. The scenario of believing that they love us is easy, but then we won’t be able to understand the look given by everyone they introduced us to. This look is probably not obvious to normal people, but for people like myself, it is stabbing, creeping into our subconscious and breed misery there. In case you didn’t know already, people with mental disorders like myself have very close relationship with our subconscious. So please shame us in moderation. The other scenario is to believe that this person has shamed us, which in turn explains the look on everyone’s face or why we never feel accepted – not that we need to be – but then we must stop believing that this person loves us.

Alas, you can’t unshame someone. Can’t offer to be a hero now – the damage is done; the idea has been manufactured, distributed, and consumed. ideas are like religions, if you feed it to the right people at the right time with the right smile, tears, or swords, they’ll buy it, keep it and pass it on to the next generation. I can’t unshame myself either – I’ve never been good at preaching, let alone war. Again, this has nothing to do with forgiveness, because that would also imply that he asked for it.

A thing of the past, it was, but it hurt and it still hurts. And when i’m hurt, my typical initial reaction will be to call a friend avoid people – mentally, at least. Yes, I reverted back to this solution because, other than that crying and rolling on the floor or breaking plates or fighting back a capable man during verbal and physical quarrels are exhausting, they also turned out to be signs of mental illness – who would have thought?

The love I fell in with him had actually gone a long time ago, buried by the pile of pain. But then I chose to love him again, not knowing how much he had shamed me during our separation. I found out about it late, and like Sherlock, I am not ashamed how I found out – truth is only everyone’s right. And because he couldn’t unshame me, I could only choose to unlove him. Given that I’d never been good at expressing my love, it should be easy to unlove unnoticed?